Using the ‘Three Gods’ illustration as example, I want to show a more specific tutorial on how to apply texture. I’ll focus on the dragon and the texture I used to the final image of the creature.

After creating the concept, the composition, and after I did the painting thinking on color and lighting, I got to this point of the dragon before applying the texture:

I searched on google images of lizards with good resolution, with clear and nice scales showing up, and I separated the ones that I found more interesting to fit the character. I put them all together in one image: 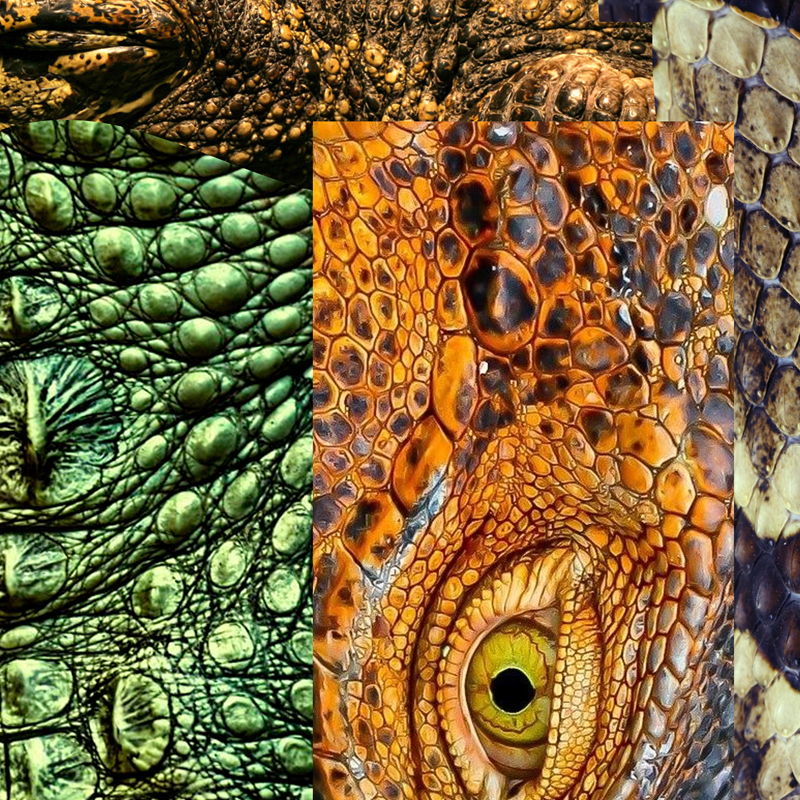 The image is a little messed up like this, with textures of different pictures and different animals, and I have to unify them to become part of one animal. Hitting ctrl+U (Hue/Saturation) I adjusted the color, the Hue, to match the color of my dragon, pinkish in this case. If you want you can check the box ‘colorize’ to make the color more uniform. I also used ctrl+B (Color Balance) to reinforce the color tone that I wanted:

I duplicated the layer dragging it to the ‘Create a new layer’ button or clicking with the right button and choosing ‘Duplicate Layer…’. I set the layer adjustment to ‘color’ and the layer opacity to 70% or 80%: 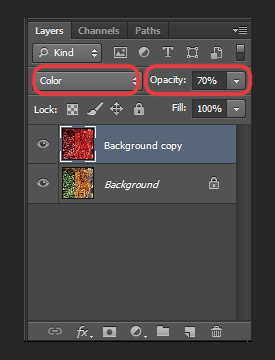 Now the image is matching the dragon color, but the lines separating the different pictures were still there. So I used the ‘Clone Stamp’ (S) to blend everything together. This is the result after these adjustments: 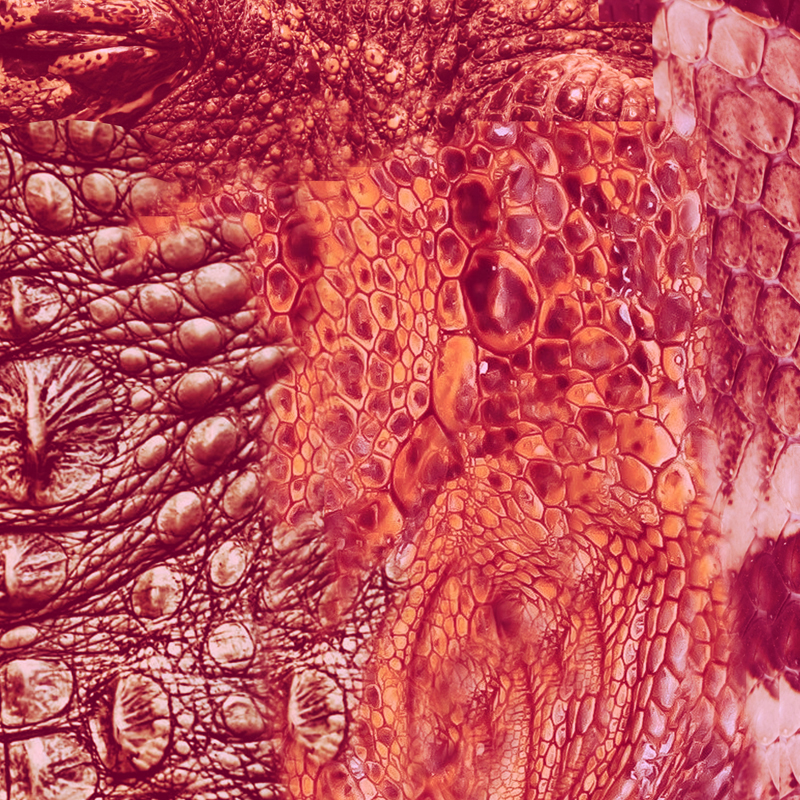 After that I created a new layer and started to paint on top to remove the photographic aspect of the image. I’m still creating a texture pattern here, but I wanted to keep the same style and characteristic that I already started for the illustration: 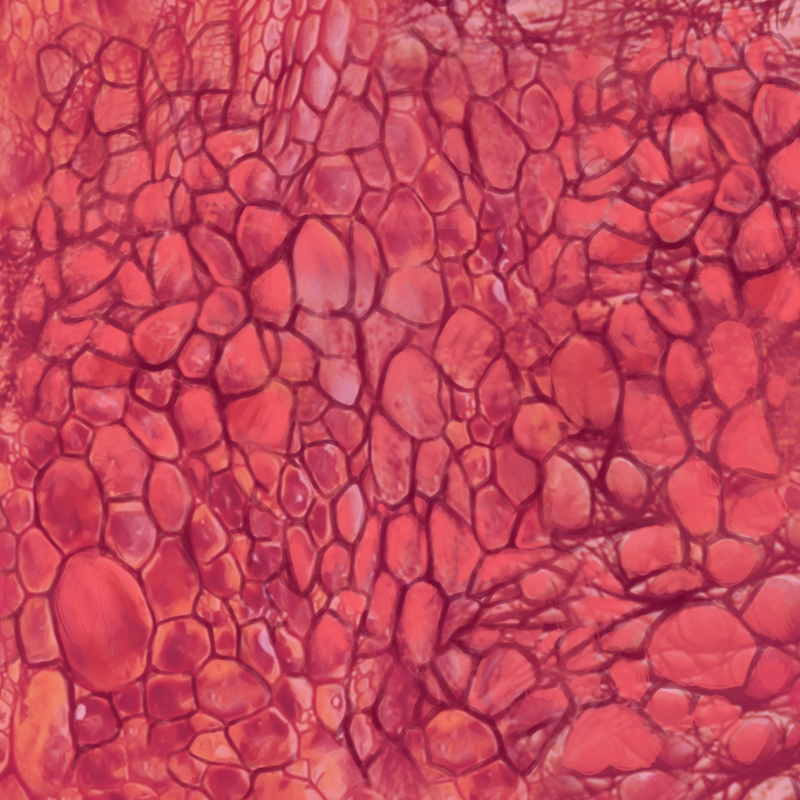 I’m creating a pattern that will be repeated over and over again, so it’s important that the image is continuous, that the borders won’t break the image when we put them side by side. To do that we go on ‘Filter’, ‘Other’ and ‘Offset…’. This will move the image and bring the borders inside: 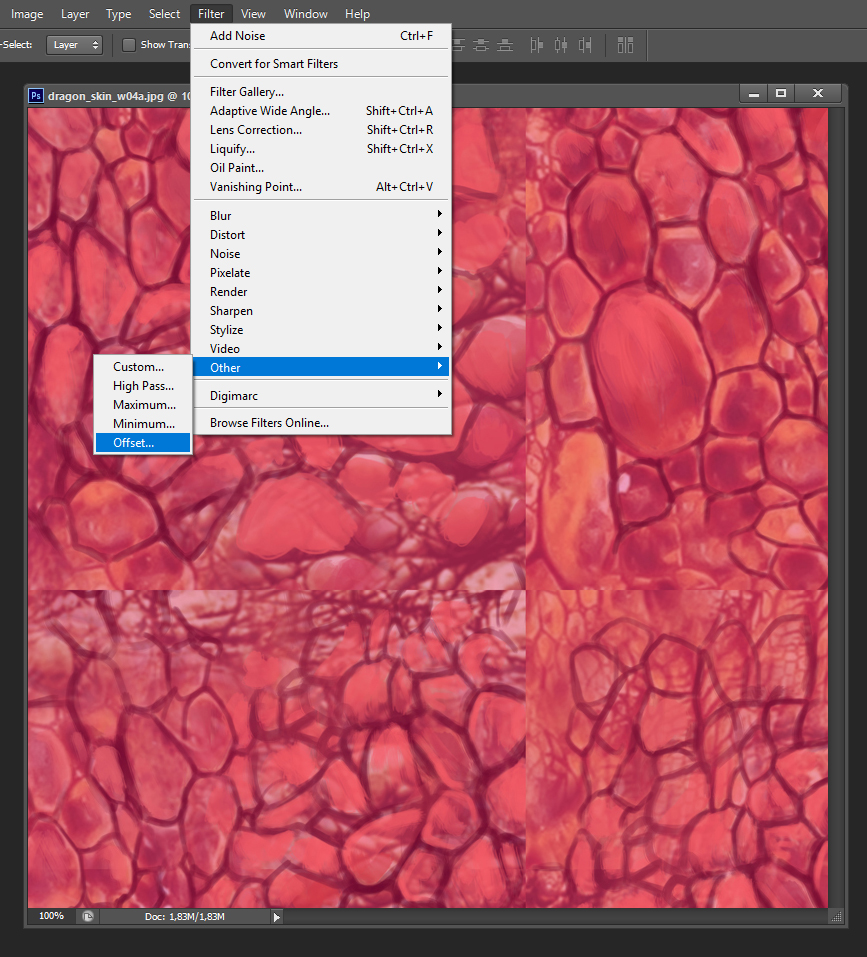 These lines represent what the borders were before ‘Offset’: 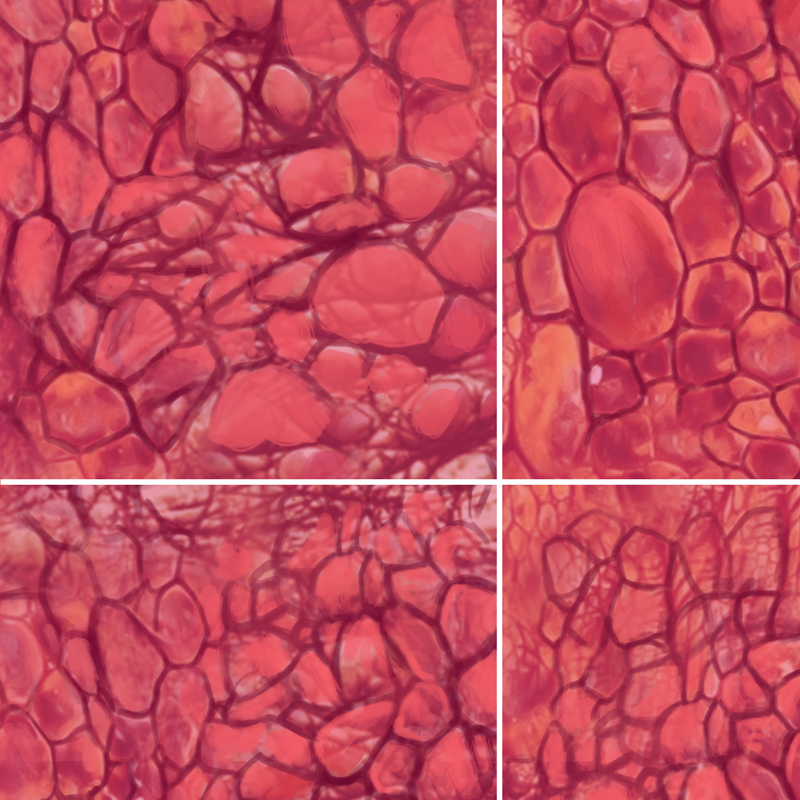 So I kept painting to make it uniform and to make these lines disappear. Using ‘Offset’ a few times and painting over these lines, I made the image ‘without borders’ in a way that we won’t see the lines when we use the ‘Offset’: 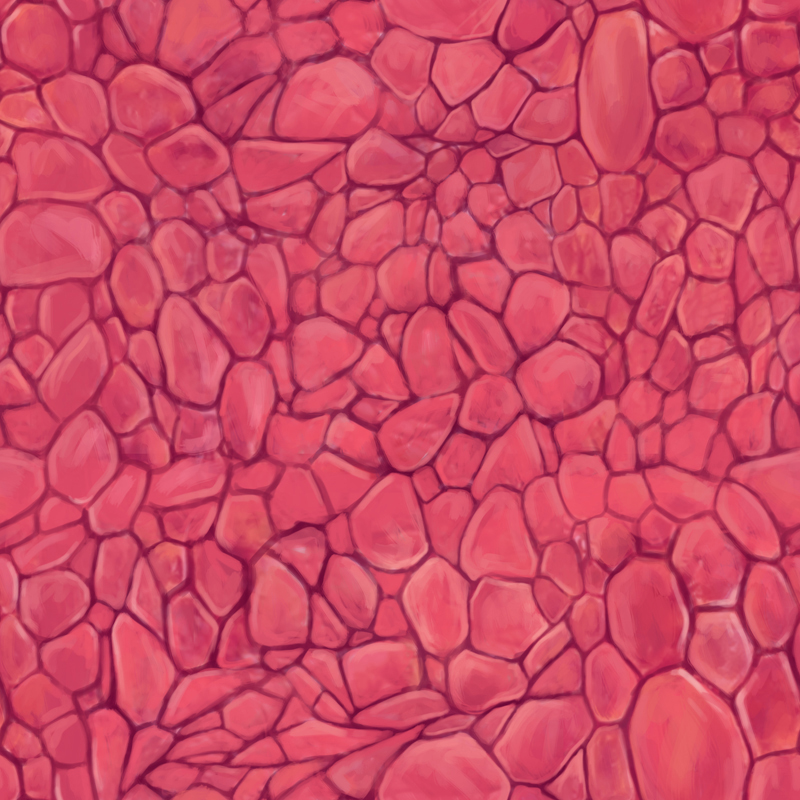 The next step is to create the ‘Pattern’ to apply it on any image. I could copy and paste this image side by side, and then below and so on, until the space I need for the texture is filled, but after the pattern is made I can do this automatically with one move. And also the pattern will be saved to be used in any other image in the future if it’s needed. You can name it as you wish: Then choose the option ‘Pattern’ in the ‘Fill’ box: By clicking ‘OK’ the document will be filled with the chosen pattern: 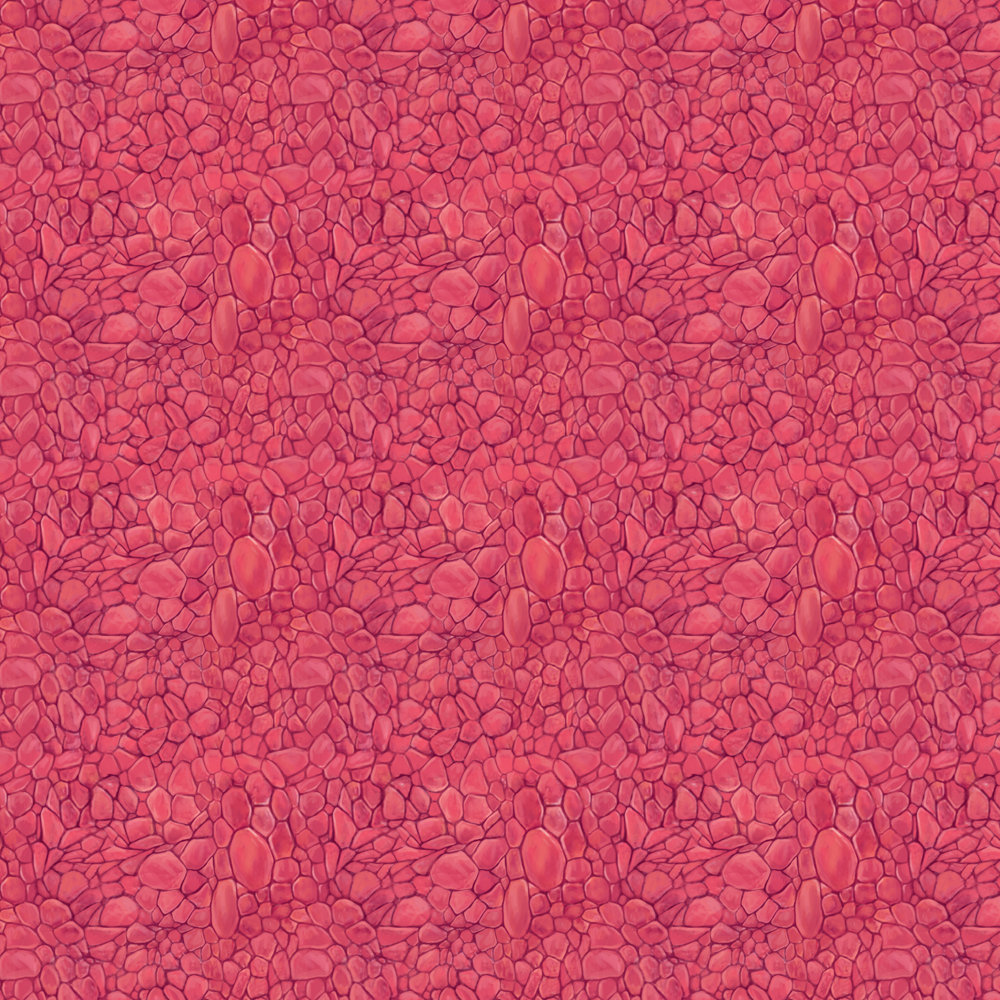 Now that the pattern is done I can go back to the illustration:

I filled the document with the scale pattern in a new layer. I did the dragon in a separated layer, so I made a dragon silhouette selection by clicking on its layer holding ‘Ctrl’. I inverted the selection (Ctrl+Shift+I) and then erased what was out of the silhouette:

I set the adjustment layer to ‘Overlay’:

And then I got back to the brushwork with the ‘Brush’ tool to make the texture properly fit to the dragon volume:

This is the process I usually use when I want to apply texture, with some variations in the process depending of how I want it in the illustration.

Keep in mind that you don’t have to do it exactly this way every time you need some texture. It’s important to know the technique, but more important is to know the fundamentals to this technique to work on the image. Learning new ways to do something can only add to your own process and experience.

A example of how it can be different: in my process I decided to paint over the photo to create a painted-like texture and keep the illustration look, but depending on the image the texture can be the photography itself.

The artist doesn’t need to be limited to just one process. The way of working can evolve and adapt to the image and to the situation. It’s important to experiment and always learn new things.